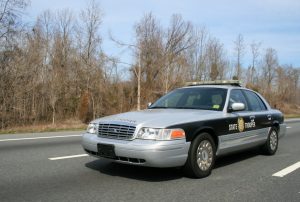 Kansas City, Missouri — Kansas City police are currently looking into an off-duty police officer shooting that took place in a residence at the 5600 block of North Richmond Ave.

The shooting occurred at about 12:30 in the morning this past Monday.

The preliminary investigation has shown that the 24-year police veteran was in his own house when his service weapon unintentionally discharged. The round left his home and hit the 30-something year old victim in the house next door directly to the south.

Nobody else was harmed during this incident and after paramedics brought the victim to the hospital, reports show that the man will recover from his injuries.

No names have been listed at this point in time, nor has it been reported on just what the off duty police officer was doing with his firearm when it discharged.

Check out our study of negligent discharges, here, to learn more about how these things tend to happen. And, always follow the gun safety rules to ensure this sort of thing doesn’t happen to you. Simply treating every gun like they’re loaded does wonders to prevent unintended shootings.

Leave your thoughts on this story in the comments below.