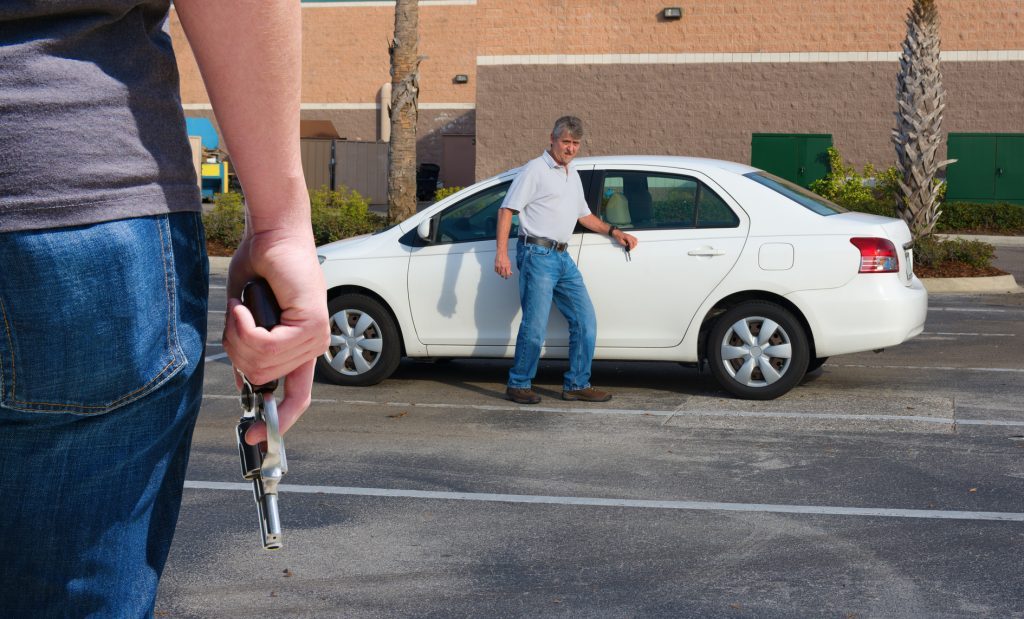 According to Ashland Police Department (APD) a neighbor of the Trading Post pawn shop fired his gun at a man who broke into the store.

Police say 19-year-old Caleb Charles LaBarbera broke into the store by shattering windows and climbing in at around 12:45 a.m. Monday morning.

Cody McCracken, whose landlord also owns the pawn shop, told officers he’d heard the glass break and saw Labarbera as he broke in.

In an attempt to stop the burglary, McCracken, “fired a warning shot into the air.” LaBarbera got the message and tried to flee the scene in a car. McCracken told ABC17News the burglar then tried to run him over, so he fired at his tires.

“I ran over there and stood behind the car,” McCracken said. “Of course, I had my pistol on me.”

One of the errant rounds McCracken fired ricocheted and struck him, resulting in a trip to the hospital for minor injuries.

“It bounced off his rim, then bounced off the ground and hit me in the foot,” McCracken said. “It didn’t even go in just bruised me.”

An APD officer who heard the shots and was investigating the area, witnessed Labarbera driving erratically on westbound East Broadway in his haste to get away from McCracken. He crashed into another vehicle causing minor injuries to the occupant.

When he nearly crashed for a second time, the officer was able to apprehend Labarbera. A search of the 19-year-old suspect failed to reveal any weapons or injuries.

There are many lessons of what not to do here.

To have a good defense in court of why you fired your gun at another human being, you must be able to articulate to a jury of your peers that you were in imminent danger and feared for your life or the life of someone else.

Unless you are certain the threat is leaving the immediate area with intent to do grave bodily harm to another person, you cannot shoot if the threat attempts to flee.

Running after a suspect, in an attempt to apprehend him is not only dangerous legally, but physically. Many times, gunowners chase after a burglar who has fled their home only to be shot by the desperate criminals they pursed.

What other lessons do you think could be learned form this shooting? How would you have handled it? Leave a comment below to let me know.