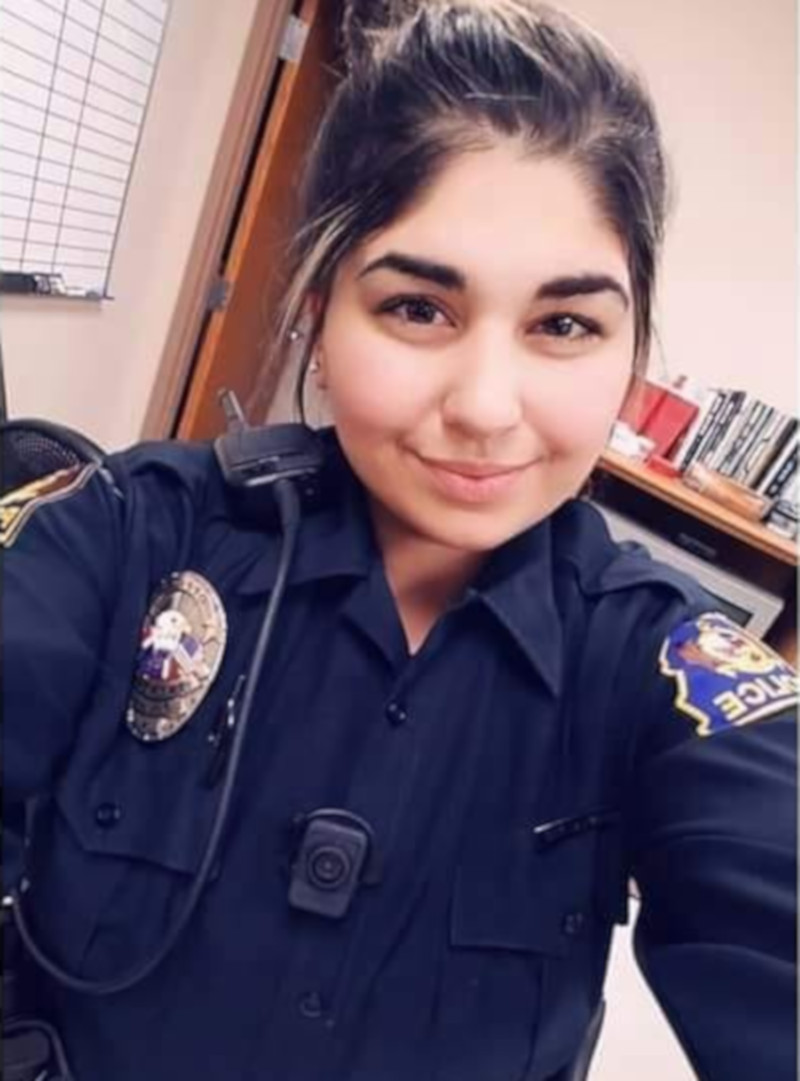 A Trenton officer was attacked by an inmate she was transporting, prompting a rescue by a number of men, one of which was armed.

Trenton Police Department (TPD) said that at around 3 p.m. Saturday afternoon, 24-year-old Officer Jasmin Diab was transporting an inmate from the Trenton jail to a hospital located in St. Joseph for a 96-hour mental evaluation.

After about 30 minutes into the trip, the restrained inmate, 38-year-old Jamey Griffin, managed to get control of Diab’s duty weapon while the car sped along the highway. While she attempted to fight Griffin, Diab was shot in the abdomen and Griffin was shot in one hand.

Having gained control, Griffin then forced Diab to continue driving the police vehicle down the road in an attempt to escape.

A group of approximately 5 men at a nearby convenience store saw the vehicle slow down on the highway and were worried something might be wrong.

They pursued the vehicle down the stretch of highway until they were finally able to corner Griffin.

One of the men drew his pistol and ordered the inmate to the ground, allowing the other men to restrain him until police arrived.

“The vehicle by that time came to a rolling stop on US 69 Hwy,” said Missouri Highway Patrol Trooper Jake Angle told Fox4KC. “There were some citizens a the Pit Stop convenience store in Winston, Missouri, that I suppose sensed something wasn’t right. Came over to her aid and subdued the suspect until law enforcement arrived.”

The wounded officer was transported to the hospital in critical condition and underwent multiple surgeries on Sunday to repair the damage caused by Griffin.

Diab, a single mother of a 5-year-old daughter, was reportedly laughing and smiling at visitors, and her condition has since been upgraded to stable.

While Angle says he doesn’t encourage citizens to take the steps the men took to rescue officer Diab, He says without the bravery of the men involved, things could have turned out much differently:

“In this case, they chose to intervene and come to an officers aid and subdue the suspect and possibly keeping him from escaping or doing more harm,” Angle said. “I am not advocating that people need to feel that they intervene in a situation (at) this level, however, people chose to and in this situation it was critical.”

“If it hadn’t been for that law-abiding citizen carrying his weapon with him for defense this situation could have ended up very differently and more people could have been hurt. Because he had his weapon these men were able to grab the suspect pull him out of the car and hold him down on the ground until officers arrived on the scene.”

Weller went on to say that she doubts this shooting will appear in large news outlets:

“The media doesn’t want you to know this because it validates our Second Amendment right to keep and bear arms!” she wrote on FB. “They only want you to hear about when guns are used to hurt innocent people so you will believe guns need to be outlawed to save lives but this is a lie.”

Diab’s community has banded together to set up fundraisers to help get the young mother and her daughter taken care of.

“As tragic as this is that [this] has happened, God can make something good come from it and I feel like with what has happened to Jasmine, it has brought everyone close together. Not just our community but surrounding communities, strangers, people that have heard about it but don’t really know her, like wanting to help, it’s brought a lot of people together.”

Griffin, who was already in jail for assault charges, has been served with additional charges of first-degree assault, armed criminal action, and unlawful use of a weapon.

Fighting in a car is difficult as it is. Even more so when a gun is involved. A surprising amount of crime occurs in and/or around vehicles. Brush up on your Vehicle Firearm Tactics here.

What lessons do you think can be learned from this use of defensive firearms?